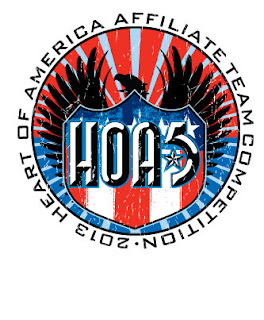 The 2013 CrossFit Games Regionals have come and gone...Now it's time to train for one of the North Central's most fun events of the Fall: The Heart of America Affiliate Team Competition aka HOA5!!!

In November 2012, 90 teams representing 35 different CrossFit Affiliates and consisting of 548 athletes, competed at HOA4 in Springfield, MO. Over the course of 3 days, the competition brought roughly 3,000 spectators and exactly 25 vendors to event host, CrossFit Springfield's, facility. HOA4 was a huge success and was captured on film by Jacob Neimeyer of Baseline Media HERE. This year, we're excited to announce that HOA5 will take place on November 8th, 9th, and 10th at Mediacom Ice Park in downtown Springfield, MO. It's a beautiful 55,000+ sq ft facility which includes access/usage of neighboring Jordan Valley Park (pictured below).

Here are some basic details of HOA5 to provide at this time:

The Heart of America Team Competition ~ Inside The Numbers: 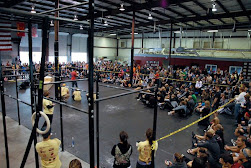 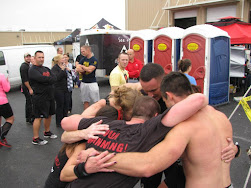